Don’t be fooled by its poetic name or its tropical location: Dean’s Blue Hole is deep, dark and intimidating. But, if you’re up for it, you can tame the world’s deepest known seawater blue hole by learning to become a free diver.
You probably won’t beat William Trubridge, who broke the unassisted free diving record by diving 100 meters here in 2011. And you certainly won’t conquer all 203 meters of this light-and-oxygen-deprived sinkhole. But you’ll have a great time getting close.

You can stare into the faces of some of Australia’s biggest saltwater crocodiles for 15 minutes, separated by nothing more than a couple inches of glass.
The cage houses two people at a time, so there’ll be someone there to hold your hand. Yes, there are people who are insane enough to want to do this, I am not one of them!!

This one might be a bucket list cliché, but there’s no adrenaline rush quite like the fear of being gored and trampled by one of the world’s most powerful land mammals. The biggest Running of the Bulls event occurs during the nine-day festival in San Fermin (July 6-14) in Pamplona, Spain. Fifteen bulls charge through the streets of the old city, to be herded into the bull ring. If you get cold feet, they run for seven consecutive mornings so you have plenty of chances to build your nerve. There is a down side — at least 15 people have died in the event since 1924. 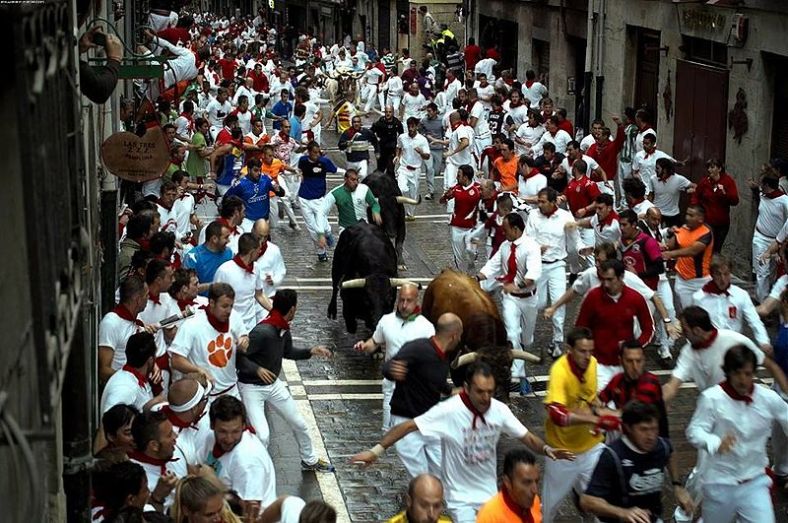 One thought on “Wild Wednesdays”